A Rare Cognac from the Perigord 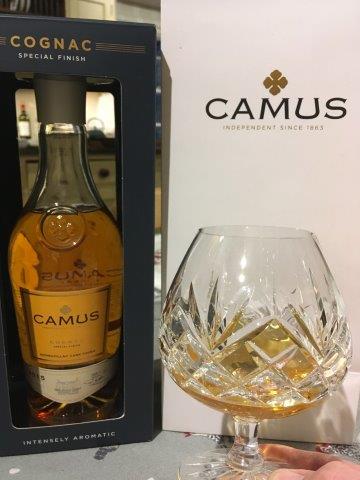 The natural region of Périgord, once a French province, now roughly equates to the Department of the Dordogne, much loved by Brits for many years and the majority of which belonged to the English crown back in the Middle Ages. Sadly lost to England at the end of the 100 years’ war at the battle of Castillon in 1453, it is currently a prime destination for both tourists and those seeking to settle permanently in France, despite the current political turmoil.


The small village of Saint Aulaye, although situated in Périgord, in the very north of the large Dordogne Department, was included in the Cognac Appellation Controlée area since its creation in 1909. In 1999, the very forward-thinking Mayor of Saint Aulaye decided to plant vines on the communal land of the village, in order to produce Cognac and preserve the appellation in this region. Two and a half acres of Colombard vines were planted at the foot of the fortified village, a grape variety more associated with Armagnac, but also planted in small amounts for Cognac. In 2000, a further acre and a half was planted.


The base wine is made by a local co-operative and the village council, under the leadership of the Mayor Yannick Lagrenaudie, decided to seek a partnership with a well-known Cognac house which was interested in an atypical project - production of a Cognac from council owned vines, aged in barrels of oak from the local ‘Double’ forest. In 2014, the project came to fruition. From that vintage onwards, the locally produced base wines have been distilled by the globally reputed Maison Camus and the spirit aged in barrels in the cellar of the village chateau and Town Hall, directly beneath the Mayor’s office.


On my visit to Saint Aulaye, I tasted the 2015 Cognac de Saint Aulaye. The spirit was aged in barrels originally containing sweet Monbazillac wine from Chateau Tirecul La Gravière. These barrels reinforce the aromatic complexity of the Cognac, giving further definition to a rare product from a local area.


The light amber colour of Cognac Saint Aulaye derives exclusively from the Monbazillac oak barrels, with no addition of caramel colouring, so often used in commercial Cognac production. The Cognac is light, elegant and refined, with aromas and flavours of honey, orange peel, vanilla and butterscotch. Fabulously individual and characterful and very different to the majority of commercial cognacs from the large producers, this is a very special product, though sadly only made in very small quantities - approximately 600 to 800 bottles per year, depending on the vintage.


Plans are in place to expand the vineyards and hence volume of Cognac production. With a product of such high quality, individuality and character, the future of Cognac from the Dordogne looks promising. Not available for purchase in the UK, a visit to Saint Aulaye beckons. Yet another reason to explore the ‘Sussex of South-west France’!