Burgundy Not Only Shines, but it Sparkles Too! 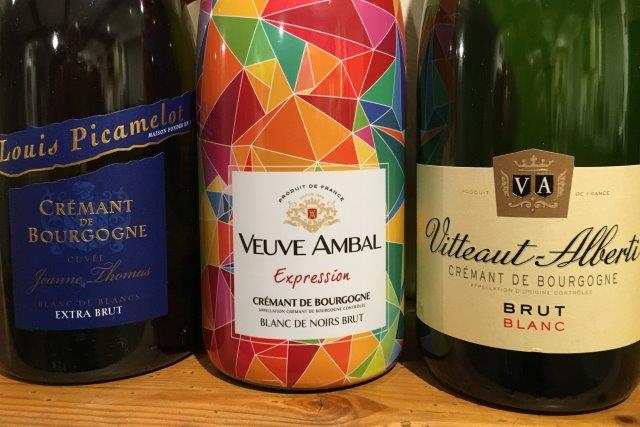 There are two great wine regions of the world which vie with each other for first place in the World Wine Stakes. These are Bordeaux and Burgundy, both in France, still the central planet of the wine universe, one in the west and one in the east. My wife comes from Bordeaux and a good friend of ours who owns vineyards in Burgundy, often jokes with her that she is 'from the wrong side of France'. To which she replies, ' You may have some depth and power, but we have the charm and the elegance!' Of course, both sides have these qualities in equal measure.

Burgundy has a worldwide reputation for outstanding red and white wines, setting the benchmark for high quality wines made from Pinot Noir and Chardonnay. But apart from these shining examples of winemaking for still wines, the region is also a leading producer of wines which fizz. These are the Crémants de Bourgogne and vines for their production are grown all over the Burgundy wine region, from the Auxerrois in the North to the Maconnais in the South. Surprisingly, sparkling Burgundy dates back many hundreds of years and at that time was mainly red. By the early part of the 19th century, one million bottles of sparkling red burgundy were sold annually on the domestic market. Nowadays, very little of this style is produced, under the appellation of Bourgogne Mousseux, since the still red wines can command a much higher price.

The Crémant de Bourgogne appellation is only for white and rosé sparkling wines and was introduced in 1975 with very strict rules for their production in order to create and maintain high quality. In the past 15 years, there has been an extra push with regards to quality and, led by demand, the volume produced has more than doubled. It now represents some 20% of sales of regional burgundy appellations, with production in excess of 18 million bottles per year.

It is also the second highest priced French sparkling wine after champagne, sitting between Prosecco and Champagne itself. But in terms of style, it is very different to both. Made by the Méthode Traditionelle (the same method as champagne) with secondary fermentation in the bottle, the quality is far superior to the majority of Proseccos now seemingly flooding the market in the UK. However, the objectives of the producers of Crémant de Bourgogne are not to emulate champagne, but instead to create a unique wine which is very Burgundian in style, expressing the fruit and terroir of the region. The top Crémants are now joining the leading sparkling wines of the world, along with Franciacorta from Italy and our home-grown English sparklers.

Although grapes for Crémant are grown throughout the burgundy region, the key production areas are in the north of the region near Chatillon sur Seine (only a stone’s throw from the champagne vineyards of the Aube) and in the Cote Chalonnaise near Rully. The Hautes Cotes de Nuit, Hautes Cotes de Beaune and flatland vineyards of the Cote d’Or all contribute grapes for these sparkling wines, all producing slightly different styles.

Crémant de Bourgogne is now easy to find in the UK, with both supermarkets and independent wine retailers offering a great selection, all of which are good quality and worth trying. Below are my three top picks, not necessarily all available here, in which case, a visit to the region is called for. Not too much of a hardship, since Burgundy is a wonderful area with beautiful scenery, great food and wine and a warm welcome. Veuve Ambal is the market leader, producing a range of styles from a blend of both red and white grape varieties, sourced from across the region. The style is soft, full and easily approachable, the Grande Cuvée being available on line from the finewinecompany.com at around £12 per bottle. Another of the top producers is Louis Picamelot, and his Blanc de Blanc Extra Brut from only white grapes, is outstanding. They have their own vineyards near Saint Aubin and the wines show the yeasty, brioche character from long ageing on the lees. My third pick is the family company based in Rully called Vitteaut Alberti. Unfortunately not exported to the UK, it's worth a trip there to find them. The Blanc de Blanc Cuvée Agnes is made from pure Chardonnay and has depth, structure and elegance, whilst maintaining freshness and fruit for which this producer is well known in France.