End of Dry January in Sight 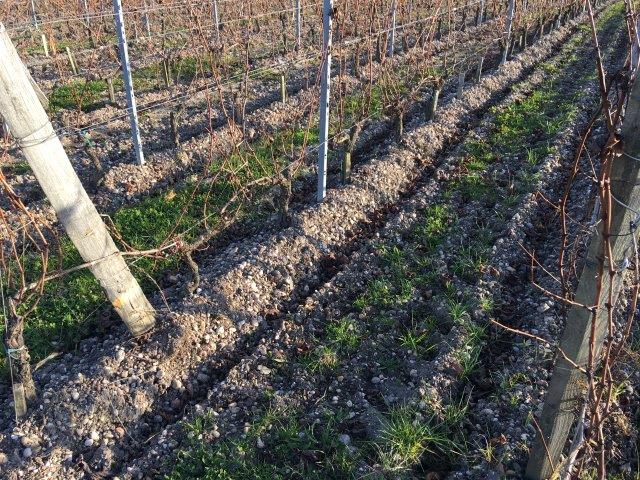 For those of you who have done 'dry January', well done! I salute your forbearance and will-power which is far greater than my own. Having been a member of the wine trade for quite a long time, my congratulations are, understandably, somewhat muted. Wine needs to be consumed to make the wheels of the trade go round. I am, however, all in favour of drinking in moderation and giving the body a rest from time to time. But for those who have continued to have the occasional glass, or just can't stand the forbearance any longer, the concept, though a little altered, can be maintained by drinking dry white wine.

And what better than the dry and flavoursome white wines from the Bordeaux region? Time was, white wines (apart from Sauternes and other sweeties) from the Bordeaux region weren’t top of everybody’s ‘to buy’ list. Thirty or forty years ago, wines in the affordable range were often tired, oxidised and medium dry. Bordeaux Blanc just didn’t float most people’s boat. I can distinctly remember family Christmas’ with Entre deux Mers in a plain glass bottle which was demi-sec, with a suspicious orange tint! Just about drinkable with the turkey and trimmings, but a second bottle never appeared.

How things have changed. Nowadays you have to search very hard to find an undrinkable bottle of dry white Bordeaux, unless you’re unlucky. With clean, modern wine-making, these wines are now fresh, crisp and vibrant, whether consumed on their own or with food. One of the main grape varieties used is Sauvignon Blanc, a variety very much ‘in vogue’ at present and grown all over the wine world. Some Bordeaux dry whites use only this variety, whilst others use a blend with Semillon and sometimes Muscadelle and Sauvignon Gris.

In terms of sub-regions of the Bordeaux wine area, there are a few different appellations covering dry whites. The generic appellation covering the entire region is Bordeaux Blanc and there are some tremendous value wines in this category. The leading Bordeaux wine producer, Dourthe, produces superbly blended wines from 100% Sauvignon Blanc, such as Dourthe La Grande Cuveé or Dourthe No.1. Vibrant, grassy, with refreshing citrus notes available £9.49 from Waitrose and £8.50 from The Wine Society respectively. Perfect with a light courgette and goat’s cheese quiche.

Another appellation for dry whites is the Entre deux Mers, mentioned above. Rather oddly named ‘between two seas’, it is in fact the area between the two rivers Dordogne and Garonne. Perhaps the name is due to these rivers being tidal to a high level upstream. The wines here are crisp and dry and often made with both Sauvignon and Semillon. Very appealing and refreshing whites, which are perfect with many fish and seafood dishes. Chateau Martinon 2016 from The Wine Society is a very inexpensive £8.25 and is stereo-typical. The new cellar-master is a Monsieur Bataille, and with this wine the battle has definitely been won!

Slightly more expensive, but still excellent value for money are the wines from the Graves and Pessac-Léognan appellations. These areas are to the south of the city of Bordeaux and have gravelly, stony soils and a gently hilly terrain, perfect for making great wine. The soils regulate the amount of moisture that the vines receive, and some wine producers are creating detailed maps of their vineyards in order to closely match grape varieties and/or the different clones of those varieties, to the water profile of that part of the vineyard.

Wines from these sub-regions tend to be fuller in body and flavour and are quite often aged in oak for a short period, to enhance the flavours. Chateau Tour-Léognan 2015 (£14.99 from Waitrose) is a great example from this area, with its elegant, mineral flavours. Match it with roast loin of pork or fish in a rich sauce. There are also some top-rated chateaux in other appellations which make top quality dry whites, but under the regulations, can only have the generic Bordeaux Blanc name. Such is ‘G’ de Chateau Guiraud from the Premier Grand Cru Classé Sauternes producer. A very classy dry white wine, with aromatic fruit and a long finish on the palate.(£14.50 from The Wine Society).
Richard Esling DipWSET