Top Vouvray is the Legacy of a World War II Hero. 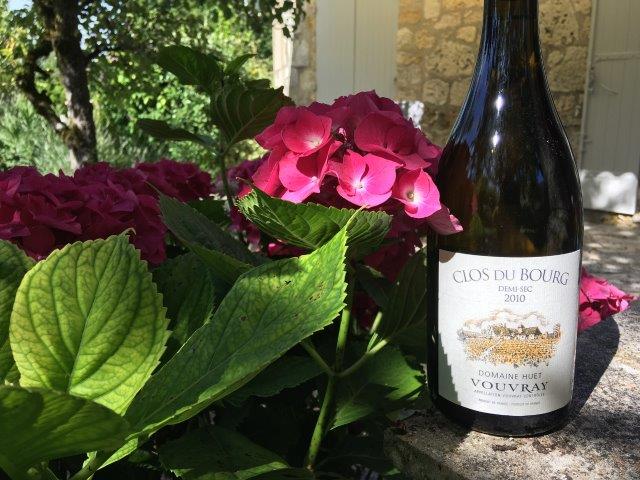 “It was late morning when a bent, elderly looking man, a handmade knapsack on his back, came trudging through the mud and slush of a warm February. Gaston Huet was on his way home.” Words taken from a fascinating book called ‘Wine and War’ by Don and Petie Kladstrup. Huet was one of the top winemakers in Vouvray, a small village in the Loire Valley. A lieutenant in the French army, he was taken prisoner near Calais in 1940 and spent five years in a POW camp in Germany until being liberated by Cossacks in 1945.


Now, in the 75th Anniversary year of VE Day, Domaine Huet  is a thriving vineyard with a worldwide reputation for high quality Vouvray. Quite remarkable when you learn the history behind the winemaker Gaston Huet, who became one of France’s greatest winemakers and mayor of Vouvray for 46 years. On returning to his vineyard after 5 years, the task of restoration was formidable. No ploughing had been done as the Germans had requisitioned all the horses, no pruning as there were no labourers, no fertiliser or copper sulphate, essential for disease control and no bottles available for wine which had lain in wooden casks for five long years.


Huet was not the only one desperately trying to get home to his wife, family and vines. Thousands of other sick and frail young men were on the same journey, survivors of a hardship which makes our current worries pale into insignificance. Happily, with a mixture of foresight and determination that part of France’s treasure should not fall into the hands of the Nazis, much of Huet’s stock of wine had been hidden in a limestone cave when France was invaded. This proved a valuable source of income for the task of restoring the vineyards to their former glory.


Resourceful, tenacious and a passionate winemaker, Gaston Huet kept the hopes and morale of 4,000 prisoners of Oflag IV D alive during the dark days of the early 1940s. He formed a committee of other French winemaker prisoners and together through ingenuity and courage, managed to organize a wine festival which lasted two weeks. A great number of the prisoners were involved with wine and the elaborate planning of the event relieved the boredom over many months, lifting the spirits of those longing to return to their former lives and loved ones.


Founded in 1928 by Gaston and his father, the 75 acres of Chenin Blanc vineyards of Domaine Huet are cultivated entirely according to biodynamic principles, with ultimate respect for the environment. The range of wines from different areas of the vineyard express the character of the terroir, but the philosophy of their production owes much to the legacy of a remarkable hero from the Second World War, with a passion not just for survival, but to reach the heights of his profession.


Domaine Huet is the undisputed leader of the Vouvray appellation. The exemplary house style is one of purity of expression and the wines are legendary for their tautness and minerality. Huet is certainly the greatest Domaine in all of Vouvray, if not all of the Loire. The Wine Society, which seeks out such fabulous wines, has a range on offer, of both sweet (moelleux) and dry. Prices range from the sweet Le Mont 2017 at £37, to the rare and exceptional Le Haut Lieu 1948 at £245 per bottle.